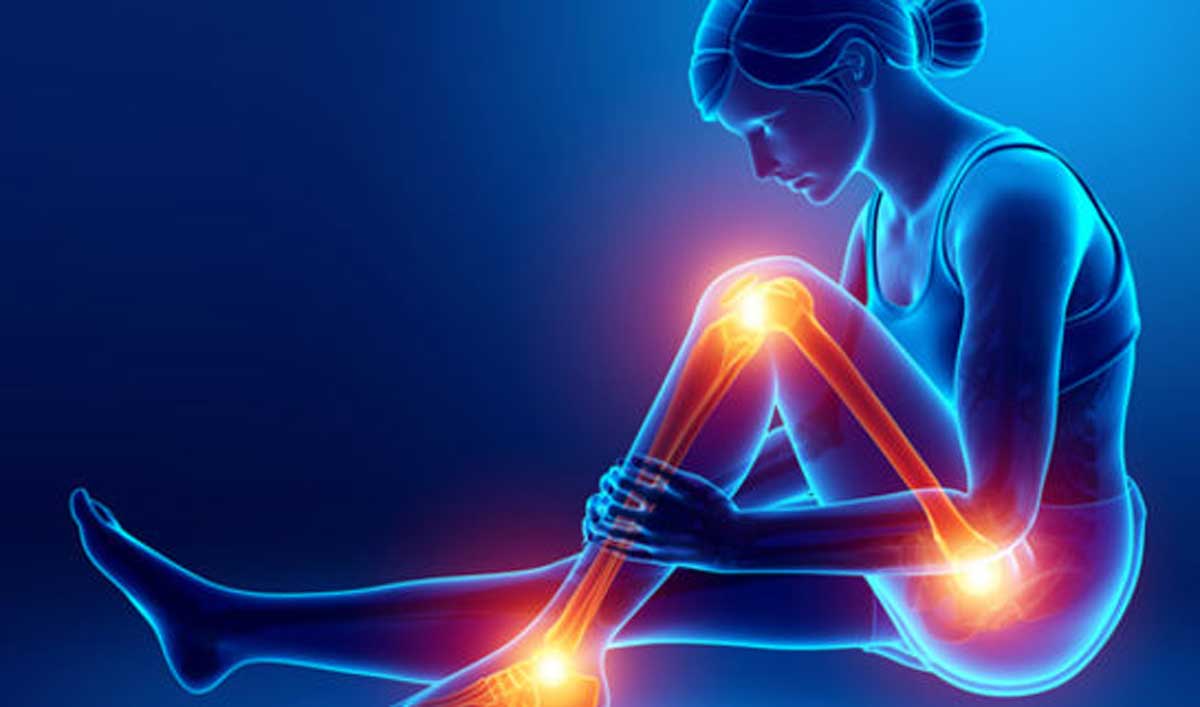 Whether haunted by old injuries, arthritis, or the normal wear and tear that comes with age, many of us can’t imagine surviving the day without a full bottle of Tylenol or Aleve in our purse or office drawer to back us up.

Thankfully there are a few age-old natural remedies for easing aches and pains. The best part? These tried and true remedies have zero side effects.

What’s the biggest culprit of our stiffness, soreness, and suffering?

While Eastern Medicine has known for centuries that chronic inflammation causes pain and disease, modern medicine is only now catching up.

TIME magazine even called inflammation “the secret killer” because it’s now identified as a main contributor of obesity, heart disease, and diabetes…1 Diseases that claim the lives of over 1.2M Americans every year. According to the Center for Disease Control (CDC).2,3,4

That’s why today inflammation is now considered America’s most dangerous and widespread epidemic.5,6

These statistics are shocking considering that chronic pain from inflammation is easily prevented with inexpensive natural remedies.

Yes, over the counter and prescription drugs can offer short term relief from pain and inflammation...

However, they bring dangerous side effects. Even a few extra ibuprofen (NSAIDs) can cause bleeding of your stomach and intestines.7

Other side effects from NSAIDs (non-steroidal anti-inflammatory drugs) include but are not limited to:8

Constantly popping these pain-relievers might temporarily ease pain, but as we all know - we build up a tolerance to these pills and they become less and less effective…

The more we rely on these drugs, the more we gamble with our long term health.

Could the most powerful inflammation cures on Earth also be the oldest?

Eastern Medicine has been using tried and tested anti-inflammation substances for the last few centuries. Finally, modern science is confirming the effectiveness of these natural treatments.

These all age-old herbal remedies have zero side effects. Many of these ingredients even taste delicious.

Here are several common herbs and spices that surprisingly have been shown to reduce inflammation even more effectively than over the counter medications!

Turmeric first took the global spotlight when researchers from The University of Oxford revealed the active ingredient in turmeric (curcumin) to be a powerful anti-inflammatory, extremely beneficial in the clinical treatment of life-threatening disease.8

One study published in The European Review for Medical and Pharmacological Sciences Journal proved curcumin (the active ingredient in turmeric) to be as effective as 14 drugs including ibuprofen and perecetemol. And turmeric has zero side effects!9,10

With all the breakthrough research from prestigious university labs, it’s no wonder turmeric is causing Americans to close the medicine cabinet, and open the pantry to grab a high quality turmeric extract for pain reduction.

Warning : turmeric is not effective unless properly extracted and combined with one surprising spice that you might find sitting on your dinner table.

Continue reading for the second organic herb that studies are showing to be more effective then several popular pharmaceutical products.

2. Black Pepper
This common spice passed around the dinner table has shocked researchers with it’s inflammation blocking qualities and its ability to supercharge the effects of turmeric.

A study published in The International Journal Of Food Sciences And Nutrition found that black pepper is a powerful antioxidant, helping people reduce the effects of aging…11

However, the most shocking quality of black pepper was research from Central Michigan University revealing that black pepper increases the absorption of curcumin by over 2,000 percent.13,14

This means that while sellers of “imitation turmeric” products might be well-intentioned, unfortunately they do their customers a disservice...

Because according to Oregon State University researchers, turmeric is very difficult for the body to absorb.15

That’s why it must be carefully extracted AND combined with black pepper to ensure proper absorption into the small intestine, where it can be digested to distribute the amazing pain soothing, inflammation-reducing effects to the body.

Black pepper by itself is an excellent anti-inflammatory. And it works in a symbiotic relationship with turmeric by speeding up the absorption process, helping the inflammation fighting elements of turmeric enter the bloodstream quickly.

Click here to see one of the only turmeric products properly enhanced with black pepper piperine: Organifi Gold.

3. Reishi Mushroom
Several thousand years ago in Ancient China, Korea, and Japan this mushroom became known as The Mushroom Of Immortality…

With over 400 natural chemicals inside, this “Immortality Mushroom” is shown in hundreds of clinical studies to reduce inflammation and promote a restful sleep.16,17

Reishi occurs rarely in nature and must be cultivated by expert mycologists, so it’s critical to find a high quality source of this mushroom to gain the inflammation-reducing and sleep promoting benefits.

4. Ginger
Ginger has been a staple in Eastern medicine for several thousand years. Today, scientists have discovered powerful medical applications for this common root.

According to Harvard Medical School:

“Ground ginger is a powerful anti-inflammatory and has been studied for its effects in relieving motion sickness symptoms. Ginger also helps arthritis inflammation, and it may protect against colorectal cancer and ovarian cancer.”21

Having a small amount of ginger in an easily digestible form can help reduce chronic inflammation, easing aches and pains.

Check out this delicious blend that contains an adequate dosage of therapeutic grade ginger: Organifi Gold.

5. Cinnamon
Cinnamon is so much more than an additive to spice up baked goods.

While it might just be bark from a tree, cinnamon has a wide variety of uses including helping to regulate blood sugar and battle inflammation…

In a laboratory study of 115 natural ingredients, cinnamon was found to be the most potent for reducing inflammation in the body.22

In plain English: A pinch of properly harvested cinnamon per day promotes natural and safe relief from inflammation and the associated pain!

There are very few products on the market that combine all of these powerful anti-inflammatory herbs.

There are even fewer that are 100% USDA organic and non-GMO.

There is one trusted product that over 100,000 Americans have turned to for safe and reliable inflammation reduction that includes all five of these organic herbs and spices that are scientifically proven to be more effective than over some counter pharmaceutical medications -- Organifi Gold. 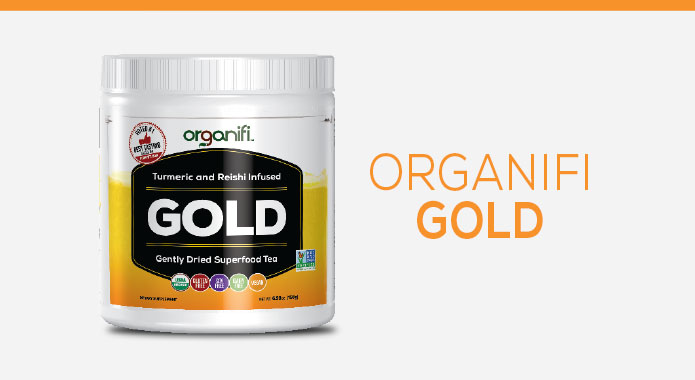 Relax the body after a long day This amazing blend is prepared like a warm cup of tea or golden milk. And while you get some of the best sleep of your life, your body will still be working – detoxing, rebuilding and repairing. When you wake up refreshed and ready for the new day, you’ll know you’ve done it right.

Our team members (and thousands of customers around the world) certainly think so. Flavor is a big factor in creating our juices, because we know we won’t drink stuff that tastes bad.

And this is your chance to find out! Try it for yourself and let us know what you think. I guarantee you’ll be pleasantly surprised at the sweet, refreshing taste.

Yes! Organifi is 100% free from all known allergens. Drink it with total confidence – knowing everything contained in this miracle powder can only enhance your health

Simply put, the powder helps you absorb as many of the nutrients as possible.

Tablets and capsules are just not as effective at introducing nutrients into the body. Breaking down the tablet or capsule is hard work on the stomach and the digestive tract. Plus...

The amount of heat generated in pressing a tablet or capsule denatures the enzymes and probiotics in the formulation, which makes the ingredients even harder to absorb.

That’s why most of a tablet or capsule just ends up as expensive urine!

The other factor is CONVENIENCE – taking Organifi in capsule-form would require 16-18 capsules just to get one serving!

You’re guaranteed peace of mind, no matter what your concern.

We recommend 1-2 servings per day. It depends on how fast you want to experience results!